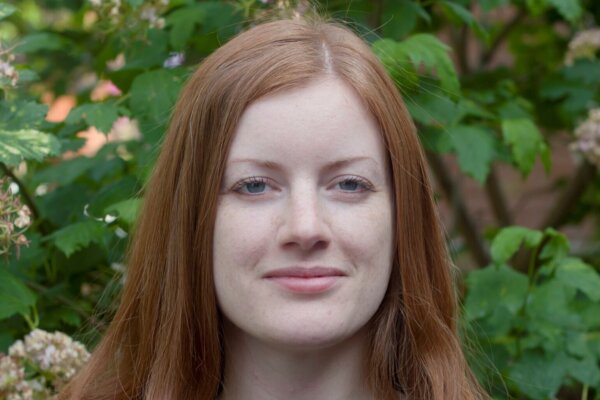 Katherine joined BCT in 2012. As Head of Science and Monitoring she oversees the strategic development of the National Bat Monitoring Programme (NBMP) and BCT's scientific work. Prior to this, Katherine led the Partnership for Biodiversity in Planning, a partnership of 17 organisations representing the planning and conservation sectors that are working together to improve the consideration of biodiversity in the planning process. She is an experienced bat surveyor, having helped found the Norfolk Barbastelle Study Group, and worked with bats in many countries including in Cambodia, where she was part of a team that identified two species of bat not previously recorded in the country. Her PhD at the University of East Anglia used NBMP data to model that habitat associations of UK bats at a variety of spatial scales, demonstrating the importance of small woodland patches and hedgerow trees for bats. 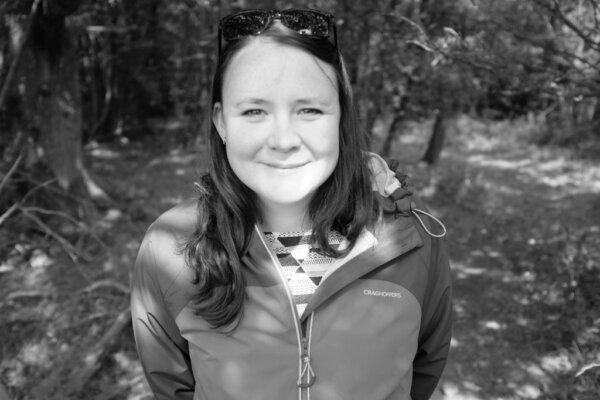 Lia is the Interim Head of Science and Monitoring at BCT (job share with Sarah Scott) and her work includes development and delivery of the BCT Science and Monitoring Strategies. Before joining BCT, Lia worked as a post-doctoral research assistant in the Bat Conservation and Research lab at the University of the West of England (UWE), on a diverse range of projects in the fields of human-wildlife interactions and the crossover with bioacoustics, landscape ecology and conservation. Lia completed a research masters in 2014, which was supervised by Professor Gareth Jones at the University of Bristol and Dr Kate Barlow at the BCT and involved habitat suitability modelling for Bechstein’s bat in Britain using BCT data and investigations into an acoustic bat lure. Lia also completed her PhD at the University of Bristol, supervised by Professor Gareth Jones, Dr Marc Holderied (BASE Lab) and Dr Simon Pickering (Ecotricity). Her project focused on evaluating bat deterrence methods and the development of a thermal bat tracking system. 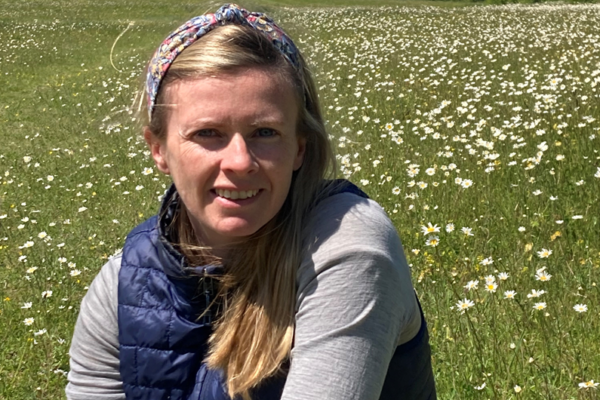 Sarah is the Interim Head of Science and Monitoring at BCT (job share with Lia Gilmour) and her work includes development and delivery of the BCT Science and Monitoring Strategies. Sarah’s passion for bats began whilst working for the MoD and attending a talk on protected species, from then on she was hooked on bats. This prompted her to join her local bat group and obtaining her roost visitor license. Sarah has worked in nature conservation for 20 years in the Environment Agency, delivering a range of wetland and river restoration schemes. Securing the protection of rivers and riparian areas through planning was forefront of her work and prompted her to undertake a PhD, supervised by Gareth Jones, on the importance of riparian corridors for riverine biodiversity. Using bats as a bio indicator she showed the importance of connected, high quality riparian zones for foraging bats and particularly the influence of wet woodland on the presence of Daubenton bats. 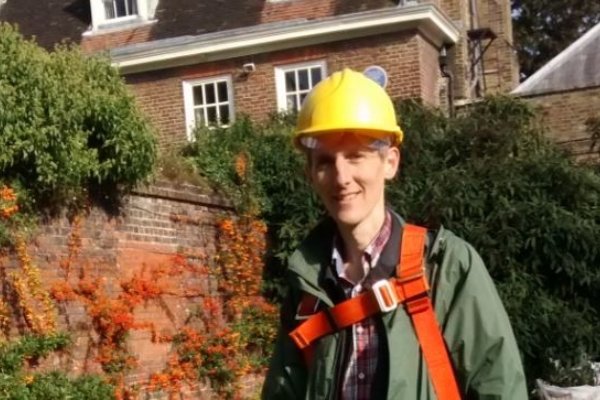 Philip joined BCT in 2003 and has been involved in the voluntary conservation sector since 1998. He developed an interest in bats in 2001 through volunteering at one of London's best bat sites, the WWT London Wetland Centre, where he assists with regular bat surveys and leads bat walks and wildlife walks. He is a member of London Bat Group and Dorset Bat Group and spends a lot of his spare time leading or assisting with surveys of London's open spaces. Philip finds this very rewarding as, although London's bat habitat is somewhat fragmented, the region certainly has its fair share of interesting species. He also leads the Richmond Bat Species Action Plan steering group which works to protect and enhance habitat and improve public engagement in this important borough for bats. 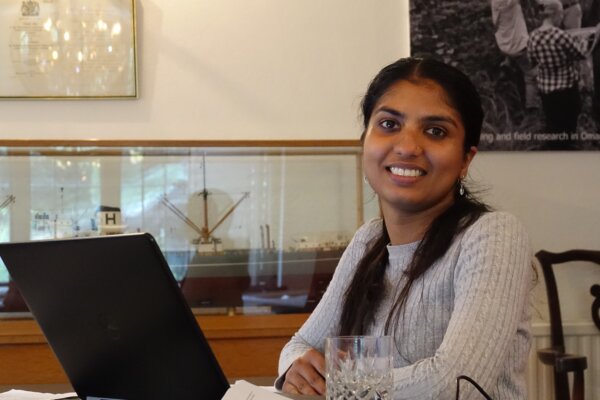 Parvathy joined BCT in September 2020 as the National Bat Monitoring Programme Survey Coordinator, having recently completed her PhD, as a commonwealth Scholar, at Gareth Jones' Lab at University of Bristol. Hailing from Kerala in India, she completed both her BSc and MSc at College of Forestry, Kerala Agricultural University. In the latter degree, she specialised in wildlife studies. Parvathy is a biodiversity scientist with a passion for conservation biology and for communicating science to the public. Trained in India and the UK, she enjoys working in both Europe and Asia, combining the strengths of the two scientific cultures. She is committed to using science to promote and facilitate conservation and to using outreach and communication to explain the importance of biodiversity conservation/ environmental protection to a new generation in Europe, Asia and worldwide. 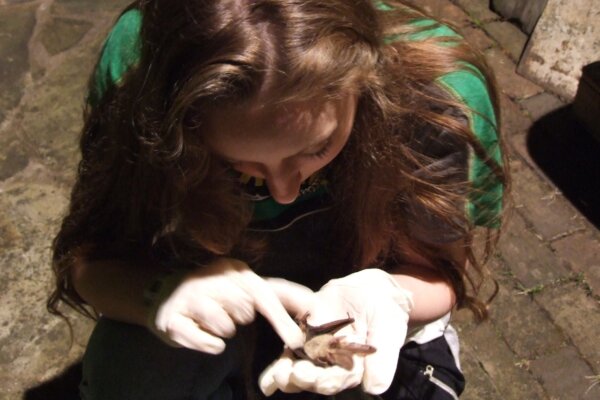 Michelle has always been interested in animals, and it was of the utmost importance to her to play a role in conservation. Being from South-East London, she is passionate about everyone, regardless of their background, being involved in protecting wildlife in their local area and beyond. She completed her BSc in Zoology with Conservation at Bangor University in 2021. Her dissertation covered insights into speciation and conservation of endemic mammalian species in Sulawesi from analysis of species distribution. This incorporated several bat species and amplified her interest in these fascinating mammals. She has completed several CPDs with the Chapman Zoo Consultancy surrounding ex-situ conservation and completed free online courses with National Geographic with a focus on illegal wildlife trade. She has experience in hospitality and seven years of working at a boutique focused on sustainability.

Elisa joined BCT in December 2021. She is an applied ecologist and conservation biologist with a track record investigating the consequences of anthropogenic disturbances (e.g. habitat loss and fragmentation) and the effectiveness of conservation actions (e.g. habitat restoration and implementation of agri-environment schemes) for biodiversity. Her research is strongly applied, with a focus on finding effective ways to restore biodiversity (and associated ecosystem functions and services) in human-modified landscapes.

Elisa has been involved in bat conservation for over 15 years. She conducted her PhD at the University of Stirling (2007-2011) studying the value of agri-environment schemes and farm woodland for bats and their insect prey. In 2012 she was awarded BCT’s Vincent Weir Scientific Award for the significant contribution of her research to the conservation biology of bats. During subsequent research posts, Elisa has focused on investigating how bats (and other biodiversity) respond to woodland creation, and how land-use change and landscape context influence woodland use by bats.

As a Science and Monitoring Advisor at BCT, Elisa currently oversees the development and delivery of BCT’s forest monitoring projects in partnership with other organisations, including Forest Research and Forestry England. In addition to working for BCT, Elisa is also a Senior Research Fellow at Scotland’s Rural College (SRUC) and an Honorary Senior Lecturer at the University of Stirling. 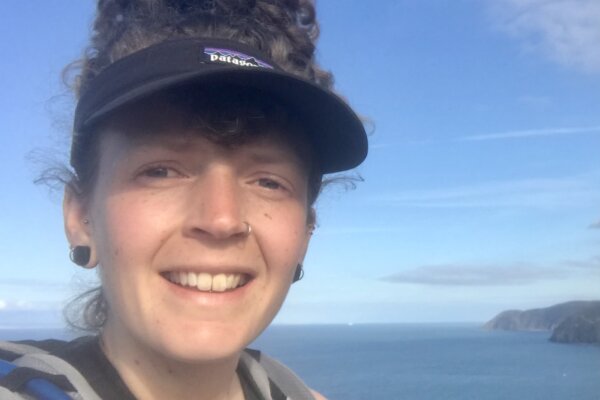 Ella joined BCT in 2021 as a Research Scientist. Ella’s passion for bats started during her undergraduate degree in zoology at the University of Leeds. Since then, she’s worked on a range of bat research projects, focussing on understanding how bats are responding to anthropogenic environmental change and using passive acoustics to monitor bat echolocation calls. Ella completed her PhD at University College London where she used passive acoustic data collected under the National Bat Monitoring Programme to improve the understanding of bat population trends in Great Britain. In her role at BCT her work includes developing exciting new passive acoustic monitoring projects, sound classification pipelines, and standardising processing procedures for bat acoustic data. 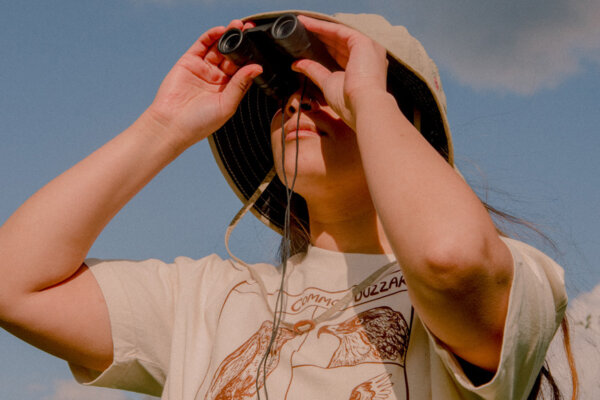 Siobhan has had a keen interest in the natural world for as long as she can remember, and she knew that she would like to work in conservation from a young age. Siobhan graduated with a BSC in Zoology from Swansea University and is currently studying for an MSc in Biodiversity, Evolution and Conservation from Middlesex University. In her spare time Siobhan is a volunteer with Friends of the Welsh Harp at her local nature reserve where she can also often be found birding and looking for insects. Having grown up in NW London, Siobhan is very passionate about intersectional environmentalism and encouraging other BIPOC into the outdoors so she also runs an Instagram page dedicated to speaking up on these matters and posting all the wonderful British wildlife we can find on our doorsteps.

Siobhan’s other interests and hobbies include hiking, wild swimming, photography, drawing and painting wildlife, and spending time with her dog Cleo and cat Bailey